A lack of staff and inconsistency in internal practices are limiting the benefits Australian organisations are gaining from business process management (BPM) initiatives, new research has found. While the majority of organisations do report improvements, most also acknowledge there is still much work to be done.
Asked to identify the top barriers to process improvement, 68% of Australian survey respondents pinpointed low staff numbers compared to 40% of all respondents. The research also found the majority of organisations do not have fundamental process governance roles – and 40% do not have ‘process owners’. 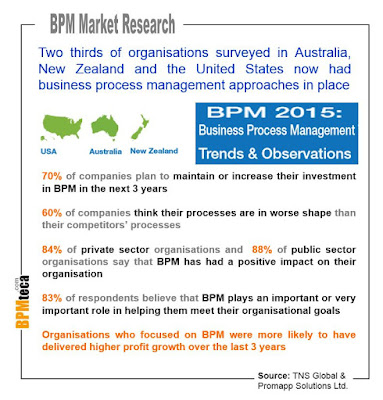 Yet despite these shortfalls, both public and private-sector organisations that invest in process management are seeing benefits from their investments. When asked whether BPM has delivered some positive impact on their performance, 88% of public sector and 84% of private-sector respondents confirmed that it had. Positive impacts nominated included improved consistency and standardisation, better alignment between teams, improved productivity and the easier induction of new staff.
“The results are encouraging, however they show there is still plenty of work to be done,” says Ivan Seselj, CEO, Promapp. “While BPM is achieving key benefits in both the public and private sectors, there are clearly ways in which these could be extended even further.”
The survey, conducted during June and July by research firm TNS global, used results gathered via an online questionnaire completed by more than 620 organisations in Australia, New Zealand and The United States.
The results demonstrate the majority of organisations across the three countries have bought into the concept of business process management with two thirds of those surveyed already having BPM systems in place. Within both public and private sectors, 83% of respondents believe BPM plays an important or very important role in helping them to meet organisational goals.
When asked about their top priorities, 62% of public-sector organisations nominated 'increasing customer satisfaction'. This was followed by making better use of physical and financial resources (50%) and improving quality (40%).
"It's clear that the BPM strategies being adopted by organisations are working," says Seselj. “In fact, there is a strong correlation between a focus on BPM and profit growth over the last three years.”
"Interestingly, the research found that the benefits achieved from BPM by public-sector organisations outweighed those in the private sector. Of the survey group, 82% of public-sector organisations said BPM had helped to improve staff efficiency, compared with 72% of private-sector respondents." 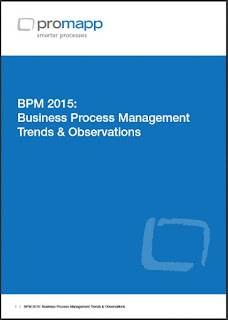 Other BPM-related benefits that appear more evident among public-sector organisations included enabling consistent service delivery (82% versus 72% in the private sector), improving customer satisfaction (64% v 55%) and reductions in training times and costs (55% v 46%).
The survey found the prospect of future investment in BPM appears strong with 70% of respondents indicating they plan to either maintain or increase their spending in the area. When asked to nominate the top three reasons for increasing their investment, public-sector organisations highlighted changes in organisational structure, the impact of new technologies, and support for growth.
However, despite the combination of current and planned BPM investments, the survey found only 28% of Australian public-sector organisations believe their processes are better than those of others. This compares with 31% of organisations in the private sector who feel this way.
“It astounds me that 58% of Australian public sector organisations say that few to none of their processes are even documented,” says Seselj.
'The research has identified that there is still a lot of room for improvement when it comes to getting the most value from BPM initiatives," says Seselj. "Within many organisations the fundamentals are just not there. Process owners, a governance structure and more visible leadership are essential ingredients for success.
"Organisations that achieve best practice processes are more likely to have internal process owners, an agreed process governance structure and a Chief Process Officer," says Seselj.

Monash University eSolutions team are looking for outside specialists to help them develop a Business Process Management Suite to help knit together the disparate and autonomous workflow systems, under a longterm approach as opposed to spur of the moment short term solutions that solve immediate glitches at the expense of creating subsequent additional problems.

APQC's Process Classification Framework®(PCF) is the most used process framework in the world. This framework is a taxonomy of business processes that allows organizations to objectively track and compare their performance internally and externally with organizations from any industry.Now, they have announced the release of version 7.0.0.


If you'd like to learn more about these changes, take a look at the last blog of John Tesmer, Director of Open Standards Benchmarking at APQC, Long Awaited PCF Updates Have Arrived, or  the recent blog post of Jeff Varney, Senior Advisor, Process & Performance Management Practice Lead at APQC, Giving Services their Proper Place in the PCF. 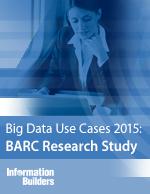 BPM is an essential element of improving your Customer Experience 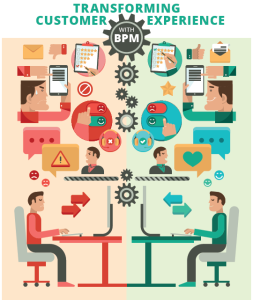 PNMSoft  has published a white paper about  how BPM (Business Process Management) can transform CX and provide the following benefits for your business:


BPM is an essential element of improving your Customer Experience. Find out how: GET THE PAPERHERE
Publicado por Pedro Robledo No hay comentarios:

IBM Study: Analytics: The upside of disruption. Reinventing business processes, organizations and industries in the wake of the digital revolution

IBM has published their seventh annual IBM Institute for Business Value analytics global study, where they find that a majority of organizations are embracing these marketplace disruptions as opportunities, and intensifying their adoption of big data and analytics technologies. According to the study:


* In 2015, 71 percent of surveyed organizations use advanced analytics across at least three departments, up from just 10 percent in 2014.
* Big data and analytics are now necessary to stay on par with competitors or required to outpace them, according to 95 percent of respondents.
* Two-thirds of respondents report that big data projects either met or exceeded expectations.
* A majority of organizations report recouping their analytics investments within 7 to 18 months of implementation.

Once again, the Awards Advisory Board of the annual BPM Awards (www.BPMF.org) - headed up by Nathaniel Palmer and Keith Swenson - has invited me to participate on the 2015 Awards Committee as an awards judge.

The awards deadline is on 8th of November, so if you are interested on these awards you must send your case study asap.  The Awards Ceremony will take place live online via webinar on December,8.

I want to thank to Awards Advisory Board and Future Strategies Inc. (who is handled the management of the awards) for this great opportunity.
Publicado por Pedro Robledo No hay comentarios:

iGrafx®, a leading provider of Business Process Management (BPM) solutions, has announced  the release of iGrafx Origins. This is a landmark version of the iGrafx solution that further supports the leadership position iGrafx has in the marketplace by helping organizations for which centralization of process knowledge and business transformation efforts are critical to the success of their organization.
Leaders of both lines of business and organizational transformation will be able to take advantage of information that is more easily captured and accessible, encouraging collaboration and increasing productivity. Groups that manage large-scale deployment and administration will enjoy the more robust and streamlined user management and platform flexibility.
"With our iGrafx Origins release, we are introducing the next generation platform upon which to achieve our vision of the future of BPM,” said Ken Carraher, CEO of iGrafx. “This release represents the culmination of our BPM experiences gained over 25 years of long-term relationships with customers. iGrafx Origins positions both iGrafx and our customers to continue to be on the leading edge of BPM."
The next generation platform provides access to advanced web-based capabilities which makes it the right investment for long-term transformation initiatives. The new and enhanced features in iGrafx Origins provide more intuitive modeling of both business architecture and BPMN processes. Capturing information and analyzing the business is much easier, delivering relevant information about the business and how it is performing allowing for quicker, more informed decision-making.
“The iGrafx Origins release provides more in-depth modeling and analysis capabilities which allows for increased optimization opportunities and better strategic change management,” explained Gretchen Burthey, VP of Marketing and Product Management. “iGrafx Origins is a more accessible, streamlined release that promotes user adoption and engagement, with better usability and more flexibility.”
Find out more at http://www.igrafx.com
Publicado por Pedro Robledo No hay comentarios: 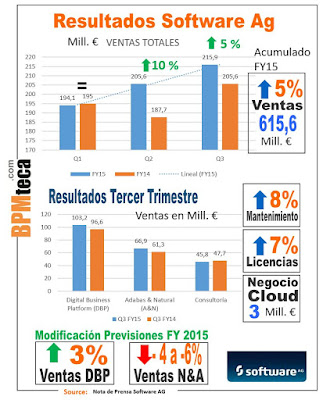